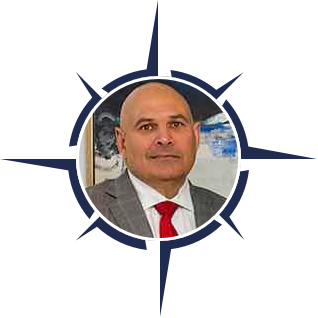 Michael A. Prieto founded the firm’s nursing home wrongful death practice and has developed it into one of the largest Long-Term Care plaintiffs’ practices in Georgia, recovering millions of dollars for clients in the process.

His litigation work focuses on representing patients and families against assisted living, skilled nursing, acute, sub acute and long-term care facilities. He advocates for fair compensation when wrongful acts and omissions are discovered, and through aggressive efforts tries to assure that the same thing will never happen to another innocent victim.

He has appeared on numerous television programs, including Larry King, Oprah, Paula Zahn, Today, Good Morning America, Donahue and others. He has been quoted by the Los Angeles Times and other print media.

Mr. Prieto cares deeply about his community and has organized many pro bono clinics for the elderly poor throughout the state of Georgia, preparing wills, powers of attorney, and providing general legal advice in senior centers and churches. He has, without compensation, given advice to nursing homes and assisted living facilities with the hope of improving resident care.

Mr. Prieto serves as County Administrator in Bartow County, as well as Probate Judge pro tempore. He has also served in the U.S. Army JAG Corps and is a combat veteran of wars in the Middle East. He is an active member of the American Association for Justice and the Georgia Trial Lawyers Association. He is a member of the AAJ Nursing Home Litigation Group and Chair of the GTLA Nursing Home Litigation Group.