Just a over a year ago, the Athens Banner-Herald published the following piece we thought would shed additional light on the issues surrounding the abuse of the elderly, especially in nursing homes and assisted care living facilities. We have spent decades defending the rights of our senior citizens and punishing those institutions who take advantage of our frail and weak parents and grandparents. We often talk with prospective clients who want to give nursing homes and care facilities the benefit of the doubt. It’s very difficult to believe the depths some human beings are willing to descend to inflict injury on another.

We understand that not every injury is a result of abuse or neglect. However, as our average lifespans continue to lengthen and a huge number of citizens are reaching retirement age, care facilities are sometimes finding themselves overwhelmed. Regardless, they have an obligation to ensure they are hiring qualified individuals while providing top-of-the-line care and facilities. When a nursing home or assisted living facility elects to play in the gray areas in favor of saving profits or playing the odds, then it’s our duty to go after the administrators of those facilities and their management chain.

Please take the time to read this news story (originally written by Walter C. Jones of the Morris News Service)  and if you feel your loved one may be the victim of neglect or abuse, take the time to call us today to setup a free consultation. 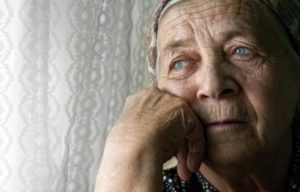 ATLANTA — By the end of summer, police officers across the state will have viewed a training video during roll call on recognizing and investigating cases of abuse, neglect and exploitation of the elderly and disabled.

The Georgia Association of Chiefs of Police developed the video at the recommendation of a multi-agency task force examining the issue.

“Often in a police investigation, the victim has visible signs of their abuse. Moreover, in cases involving at-risk adults, crimes such as neglect, exploitation, deprivation of essential services, identity theft and fraud can be just as devastating as a physical attack,” the committee wrote. “Reports of such crimes must be scrutinized and examined with the same intensity, tenacity and resources as an assault and battery, or other crimes of violence.”

As the number of reported cases of elder abuse has soared in Georgia, law enforcement is joining with social services agencies to reverse the trend.

The number of reported complaints of physical, mental and financial abuse rose 65 percent between 2008 and 2012, when the total hit 15,108 at the Adult Protective Services. But the National Center for Elder Abuse estimates that as much as 84 percent of abuse, neglect and exploitation goes unreported.

For one thing, there are simply more elderly people because the baby boom generation is reaching retirement age at a pace of 10,000 per day and because people are living longer. That means more people in the care of others, from understaffed nursing homes and unlicensed group homes to family members who may be untrained or resenting the responsibility.

“It’s not only physical abuse; it’s also their life savings they are fleeced out of all of the time,” said Terry Norris, executive director of the Georgia Sheriffs Association.

The $2.5 billion in government benefits awarded annually to Peach State senior citizens, as well as their life savings and homes that are often paid for, create tantalizing targets.

“The process generally does not end until the older adult dies or all assets are depleted,” notes the Department of Human Services’ Division of Aging Services in a chilling PowerPoint prepared for legislators.

Advocacy groups for senior citizens and those for the disabled, who are also vulnerable to caregivers, have warned of the dangers since the 1960s when Congress enacted the first legal protections specifically for these frail groups. More than 25 years ago, AARP, the National Sheriffs Association and the International Association of Chiefs of Police joined to create what became the National Association of Triads to foster a network of partnerships between the three organizations’ local chapters as well as inviting other agencies to participate.

“The chiefs don’t own this issue,” Norris said. “We’ve all been concerned about it a long time.”

Fast forward to this winter when the Georgia General Assembly enacted the latest legal protections, which took effect July 1. The new state law toughened penalties for violators and broadens the number of professionals required to report suspected abuse and neglect.

“We kind of get to see what is going on with the primary caregiver,” said Craig Gordon, CEO of Statewide Healthcare Inc., which provides nursing care to people in their homes.

In one case, a woman confided in one of Gordon’s employees that she wanted to flee her husband who had become abusive, and the aide used her day off to help the woman move out of her home.

“Our people, the first thing they do is call the case manager,” said Gordon, a Democratic legislator from Savannah who supported the strengthened law in the Georgia House.

Statewide Healthcare trains its employees in how to recognize abuse, as do most medical entities.

Now law enforcement leaders are calling for more training of their officers and investigators as well as the prosecutors and judges.

In May, the Georgia Association of Chiefs of Police task force issued a policy paper spelling out the need for more sophistication among those dealing in elder abuse cases. Obtained by Morris News, the report is the product of a task force made up of representatives from various state and local police agencies, a prosecutor and an investigator with the Division of Aging Services.

Properly investigating such a crime is different from others.

“In addition to photographs and video, officers and investigators should consider collecting nontraditional forms of evidence, such as soiled linens, and documenting items that are absent, such as an empty refrigerator, in neglect cases,” the committee wrote. “Other nontraditional forms of evidence include insect infestations; piles of unwashed clothing; the absence of essential utilities such as heat and running water; external padlocks used to lock cabinets containing food or interior/exterior doors; and ‘slop buckets’ for collecting human waste.”

The committee also recommended coordination with other law enforcement and services agencies to ensure the owners of the group home don’t have similar facilities in other jurisdictions. At the same time, investigators need to know what records they can and cannot easily obtain under federal health privacy laws.

Committee members stress the importance of added training for patrol officers since they are likely to be the first on the scene. They must be aware that often the perpetrator is a family member and that victims usually hesitate to cooperate because of either fear, poor mental or physical health, or even a desire to protect the abusive family member.

The report lays out specific training recommendations for patrol officers, dispatchers and expanded training for investigators. It also recommends each local police department adopt a policy for responding to reports of elder abuse, and the committee drafted a sample policy included in the report. For example, it calls for prosecuting elder abuse under the newly revised state law rather than as a civil case, which had been the practice in many jurisdictions.

And the committee recommends the revised law be changed again to make the crime a felony rather than a misdemeanor of a high and aggravated nature.

If you have any questions or concerns about your loved one’s rights and whether or not we can be of assistance to you and your family, call us today to setup a free consultation. We have been working in the area of Nursing Home Abuse Law and Elder Abuse Law for many, many years and our track record for success speaks for itself. You can gain a lot of information by visiting our website as well at www.ganursinghomeabuselawyer.com or www.spmhlaw.com.

PMHP Law, LLC represents clients throughout Georgia and the Southeastern United States. To schedule a free consultation with a lawyer at our firm, call us toll-free at (855) 329-7144 or locally at (404) 618 0082, or visit us online at www.GANursingHomeAbuseLawyer.com.